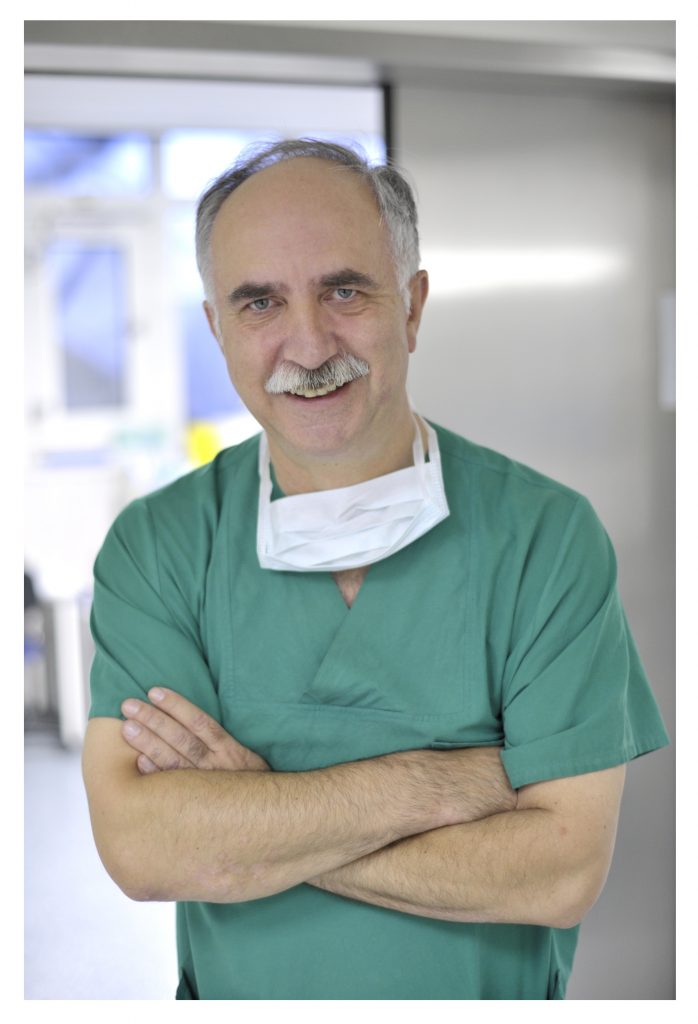 After study of Medicine and Biophysics at the University of Leipzig he started his career as a surgeon at the St.Georg-Hospital Leipzig. Based on a research grant he started in 1889 a research project on precursor examination during protein synthesis at Cornell University in New York. After the return to Germany he started to introduce laparoscopic bariatric surgery in Frankfurt at the Northwest Hospital. He became a professor of surgery at the Goethe-University of Frankfurt. He was head and director of the Hospital Sachsenhausen in Frankfurt  form 2001-2014. Until 2006 more than 50 % of bariatric surgeries were performed in this first COE in Germany. October 2014 the first and largest clinic for Metabolic surgery (42 beds) in Sana Hospital Offenbach were founded. Since 1998 he was organizing the Frankfurt meeting as the largest live-surgery meeting for bariatric surgery.

He recieved many awards and prizes (Virchow, Thiersch, Sauerbruch, Pichlmayr and other), the IFSO poster prizes 2006 and 2013 and became Honorary member of ASMBS in 2016 and other national societies.

He performed during the 4 decades more than 12.000 bariatric procedures, published more than 400 scientific papers, 10 books and more than 20 book chapters.

Prof. Weiner is Associate Editor of Obesity Surgery and Member of the Editorial Board of SOARD and 8 other scientific journals.