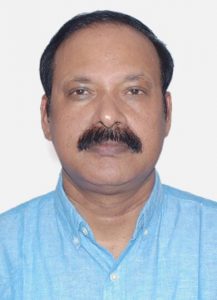 To demonstrate my medical proficiency and ensure the best possible resus and medical care to the patients confined in your esteemed hospital in emergency.  It is my objective to also take on more responsibilities as an emergency director and acute care surgeon by fulfilling the desired vacancy. Perform my duties with utmost care and safety.

The Alfred's Department of Trauma Surgery is one of the major Victorian trauma service providers, treating approximately half of all Victorian trauma cases. The Department of Trauma Surgery is the largest and most active Trauma Service in Australasia. It receives the greatest number of trauma cases of any hospital in Australasia and has developed a strong leadership in this area. Almost 2400 trauma patients are admitted annually, with over 800 of these patients classed as major trauma.

During the two years I have spent at Alfred, I have rotated to all of the trauma and general surgery consultants.   Typically I was looking after 40 trauma inpatients. I use to attend two or three outpatient clinics and three operatives sessions each week. Attended call duties are on alternate days. Clinical rotation to neurosurgery, vascular and cardiothoracic and general surgery for duration of 6 weeks to each department was also done.08 weeks of training in surgical intensive care were also rotated.

I conducted a research project about missile injuries abdomen on cases of war casualties of Military operation In Srilanka.where I was involved as medical officer in resuscitation team, before that I worked as regimental medical officer in high altitude area and dealt with high altitude medicine. Thesis missile injuries abdomen 1992 Pune university project(Supervisor Dr Brig S V Soman)

MASTERS IN GENERAL SURGERY EXAMINATION, MEDICAL COUNCIL OF INDIA IN UNIVERSITY OF PUNE

MANAGED 65 MASS CASUALITIES OF BOMB BLAST IN A TRAIN

Medals from Forces for High Altitude and General Services.