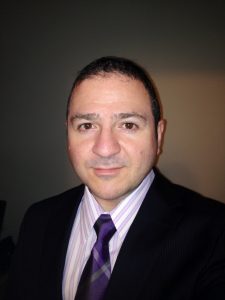 Dr. Nahmias has performed more than 1000 bariatric procedures while in training and as an attending physician; in addition he has managed many more complex bariatric patients before and after surgery. He maintains some of the lowest complication rates and some of the highest patient satisfaction rates in the country.

Dr. Nahmias was born and raised in Mexico City; he attended the Anahuac University School of Medicine and graduated with honors at the top 1% of his class and with a full scholarship for academic achievement.

Dr. Nahmias maintains staff privileges at Saint Francis Hospital and Medical Center and John Dempsey Hospital of the University of Connecticut, where he holds an appointment as an Assistant Professor of Surgery.

In his academic role, he serves as a mentor for surgeons, surgical residents, medical students and affiliated healthcare practitioners.
Dr. Nahmias is a clinical instructor at the Hartford Hospital Center for Education, Simulation and Innovation of the University of Connecticut Integrated General Surgery Residency Program. He is a proctor for the Fundamentals of Laparoscopic Surgery program. He is a member of the Minimally Invasive Surgery Fellowship program at Saint Francis Hospital and Medical Center, a member in the ASMBS Bariatric Surgery Training Committee and a member of the Graduate Medical Education Committee of Saint Francis Hospital and Medical Center.