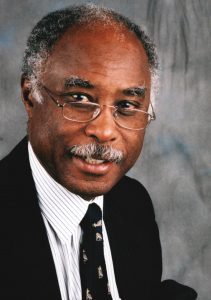 After qualifying at the Middlesex Hospital in 1967, Bernard Ribeiro embarked on his career in surgery. Five years later he was awarded the Fellowship of the Royal College of Surgeons. In 1979 he was appointed to Basildon Hospital as a Consultant General Surgeon with a special interest in urology and colorectal surgery. He introduced the use of minimally invasive surgery to the Hospital and developed an advanced Laparoscopic Unit.

In 2004 he was awarded the CBE for services to medicine, and in 2009 he was appointed Knight Bachelor in the Queens’ New Year’s Honours List.

He holds honorary degrees at the Anglia Ruskin University and the University of Bath and is a Patron of the Royal College of Surgeons.

In December 2010 he was appointed The Lord Ribeiro of Achimota in the Republic of Ghana and of Ovington in the County of Hampshire.

In 2012 he was appointed Chairman of the Independent Reconfiguration Panel – an advisory body to the Secretary of State for Health. In 2015 he was made a member of the EU Home Affairs Sub-Committee in the House of Lords. In 2016-17 he was a member of the Select Committee on the Long-Term Sustainability of the NHS and Adult Social Care.