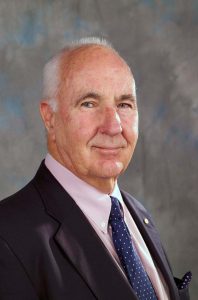 Sir Peter Morris, an Australian, is Emeritus Nuffield Professor of Surgery and Fellow of Balliol College. He also was Director of the Oxford Transplant Centre which he founded after his arrival in Oxford in 1974. He was appointed as the Nuffield Professor of Surgery at the University at the age of 39 and developed not only an international renowned transplant unit, but also an internationally renowned research programme in Transplant Immunology. Not long before his retirement he was elected as President of the Royal College of Surgeons of England and served as such for 3 years from 2001 to 2004. He has just retired as Director the Centre for Evidence in Transplantation which he established in 2005. He was elected as a Fellow of the Royal Society in 1994 for his pioneer work on antibodies in transplantation and he was elected a Foundation Fellow of the Academy of Medical Sciences in 1998. In the United States he was elected as Foreign member of both the National Academy of Medicine and the American Philosophical Society. He has been awarded numerous honorary fellowships and honorary degrees and has served as visiting Professor in some 50 institutions. His book on kidney transplantation, Kidney Transplantation: Principles and Practice, which is the bible in the field, was first published in 1978 and is now in its 7th edition. In 1996 he was knighted by the Queen for services to medicine, and in 2004 was made a Companion of the Order of Australia for services to medical sciences.