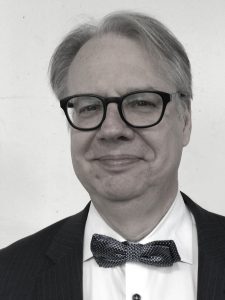 Dr. Gagner obtained, at the age of 22, his M.D. in 1982, and did his surgical training at McGill from 1982-1988. He worked at the Cleveland Clinic where he co-founded the MIS Center (1995- 1998). He was appointed Director of the MIS Center of Mount Sinai (NY), from 1998 to 2003. He then joined Weill-Cornell as Chief of Laparoscopic/Bariatric (2003- 2007). He was Chair of Surgery at Mount Sinai (Miami), and is currently Professor at Florida International University, USA and senior consultant at the Hopital du Sacre-Coeur in Montreal, Canada. Dr Gagner is known for his contributions in MIS, in particular the first description of laparoscopic adrenalectomy (1992), laparoscopic pancreatectomy (distal/proximal) (1992-93), endoscopic neck surgery with parathyroidectomy in 1995, trans-gastric cholecystectomy in 1997 (NOTES), laparoscopic DS in 1999 and laparoscopic sleeve gastrectomy in 2000. He has over 400 published articles, 50 book chapters, and 10 books on MIS surgery. He has held positions in more than 35 societies and has served on the editorial boards of 12 surgical journals (Associate Editor of SOARD and Obesity Surgery). Dr Gagner was the President IFSO 2014 (International Federation for the Surgery of Obesity and Metabolic Disorders) annual meeting and 5th International Conference on Sleeve Gastrectomy held in Montreal, August 26-30th, 2014. He also has been on the executive board of IFSO for 3 years, and president of the Canadian chapter of ASMBS, and program chair of ASMBS 2016. Since his training with L.D. MacLean in bariatric surgery at the Royal Victoria Hospital-McGill University, he has been inspired to develop and make major progresses in laparoscopic bariatric surgery to improve patient care and beat morbid obesity and Type-2 Diabetes. He is currently on the executive board of ASMBS and he would like to raise the scientific level of ASMBS, and increase access care to this surgery to millions of patients.