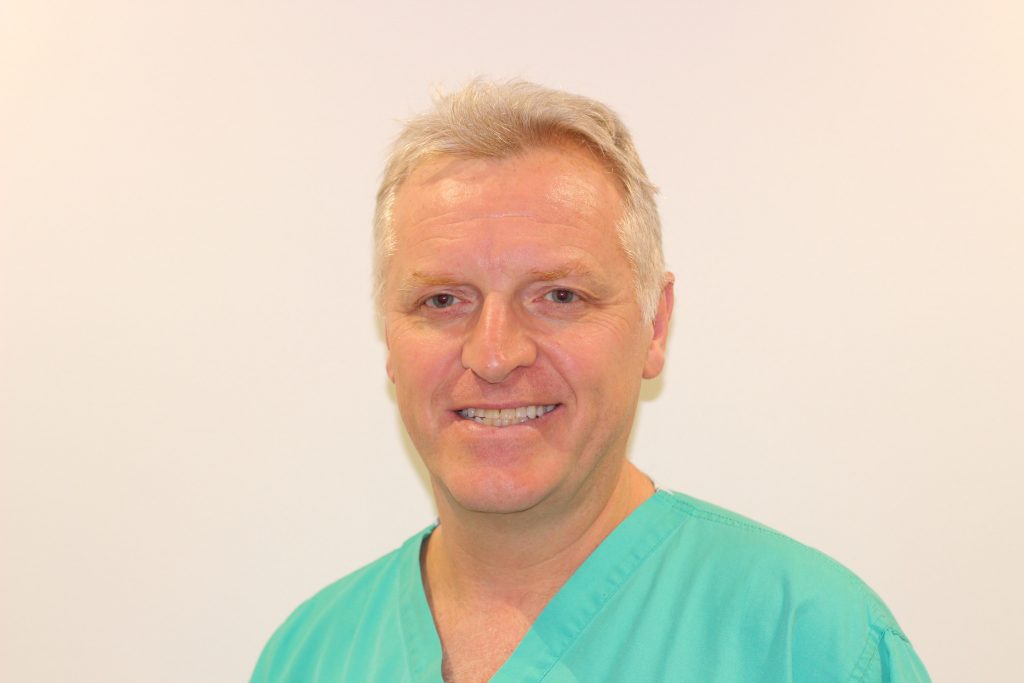 Michael Van den Bossche is a laparoscopic general surgeon with a special interest in bariatric surgery.

Michael obtained his medical degree from the Catholic University of Leuven in Belgium.

He completed a 2-year fellowship in laparoscopic surgery with Dr J Himpens (IFSO President) after qualifying as a general surgeon in 1995.

Michael was appointed to a consultant post in Guernsey (UK Channel Islands) in 1999 and developed the laparoscopic surgery service in the island.

He started the bariatric surgery program at the SPIRE Hospital in Southampton in 2004 together with Mr Ian Bailey.

The bariatric surgery department at SPIRE has developed into a busy unit providing both primary and revision surgery using the concept of dual consultant operating.

The department of bariatric surgery at SPIRE Southampton has pioneered innovative procedures in the UK including ROSE, POSE, banded gastric bypass, MGB and ESG.

Michael was the first surgeon in the UK to introduce MGB-OAGB in a bariatric program and presented the first series of MGB’s at BOMSS in 2013.

Michael is an active member of various national and international surgical societies (BOMSS, IFSO, ASMBS, SAGES) and is involved in educational programs with several industry partners.