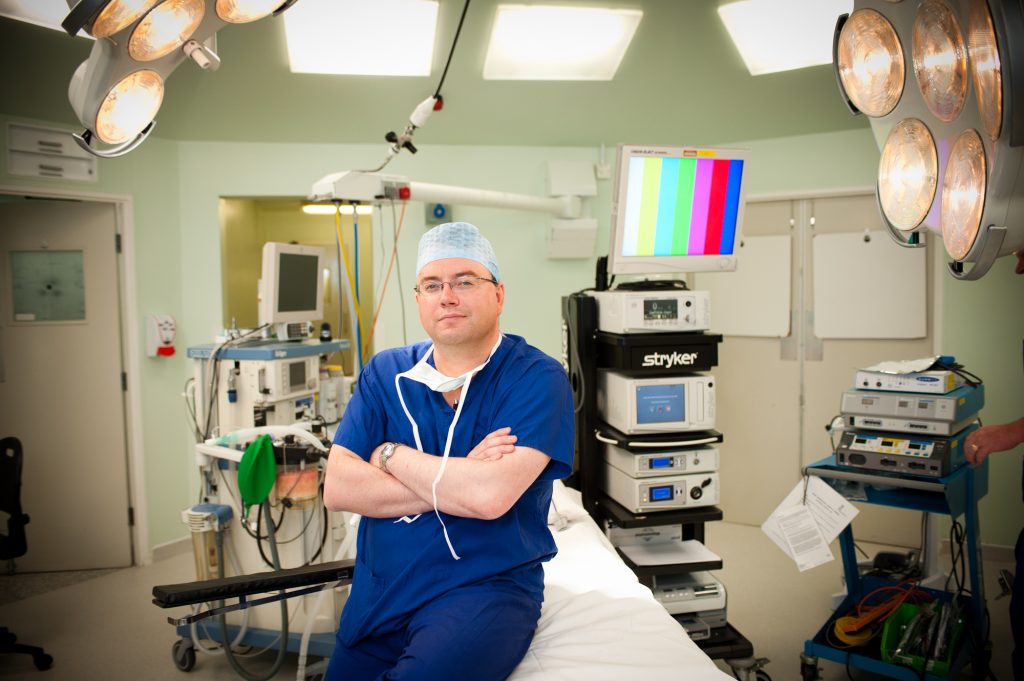 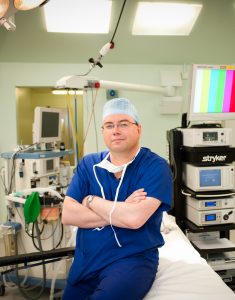 Professor Conor Magee is a Consultant Bariatric and Upper GI Surgeon based in the beautiful Wirral peninsula on the North West coast of the United Kingdom.

In 1996 he was joined the Mersey Deanery SHO rotation in surgery and passed the FRCS and then joined the Department of Surgery at the University of Liverpool where he spent a happy time after studying the role of mdm2 binding proteins and then dissecting the effects of hsp90 inhibition in pancreatic cancer. This led to the award of MD.

His higher surgical training was spent in hospitals across the North West and was awarded a KeyMed scholarship to attend Dr Peter Cotton’s post-DDW Advanced Endoscopy meeting in Charleston, SC.

In 2008 he was fortunate to work under Professor Kerrigan who inspired his passion for bariatric surgery and was awarded the Gravitas Bariatric Surgical Fellowship. During his time as a fellow he learnt how to perform a wide variety of bariatric procedures and was introduced to revisional and complex surgery.  In 2010 was fortunate to be awarded the inaugural BOMSS Scientific Prize for his work on body image perception in the morbidly obese.

After his bariatric fellowship and the completion of his higher surgical training he moved into private practice- at the time he was the only trainee in the UK to have taken such a course! Following this he was appointed as Consultant Surgeon at Wirral University Teaching Hospitals and Honorary Consultant Bariatric Surgeon at University Hospital Aintree providing the supraregional tertiary bariatric service for the North West of England alongside Mr Shafiq Javed and Mr Haris Khwaja.

He has presented his work at numerous national and international bariatric meetings and won a number of awards for this.

Mr Magee has a long-standing interest in training- as a senior fellow his junior fellows included Mr (now Professor) Jon Barry and as a consultant has been fortunate to work with superb fellows who have gone on to become highly respected surgeons in their own right (including the current IBC director!).

Together with Professor Kerrigan he co-designed the MSc in Clinical Bariatric Practice at the University of Chester and was made an Honorary Senior Lecturer. He has served as a member of the BOMSS training, education and research committee and presented numerous times at the BOMSS training day and was an invited speaker at the AUGISt Training Masterclass. He is now the Health Education England North West (W) Educational Lead for General Surgery and RCSEng. Surgical Tutor and was recently awarded the Fellowship of the Faculty of Surgical Trainers of the Royal College of Surgeons of Edinburgh. He currently runs a research fellow programme with 5 fellows investigating the role of frailty in emergency general surgery.

Invited Lecturer Association for the Study of Obesity 2011

Invited lectures to the University of Chester 2010-date