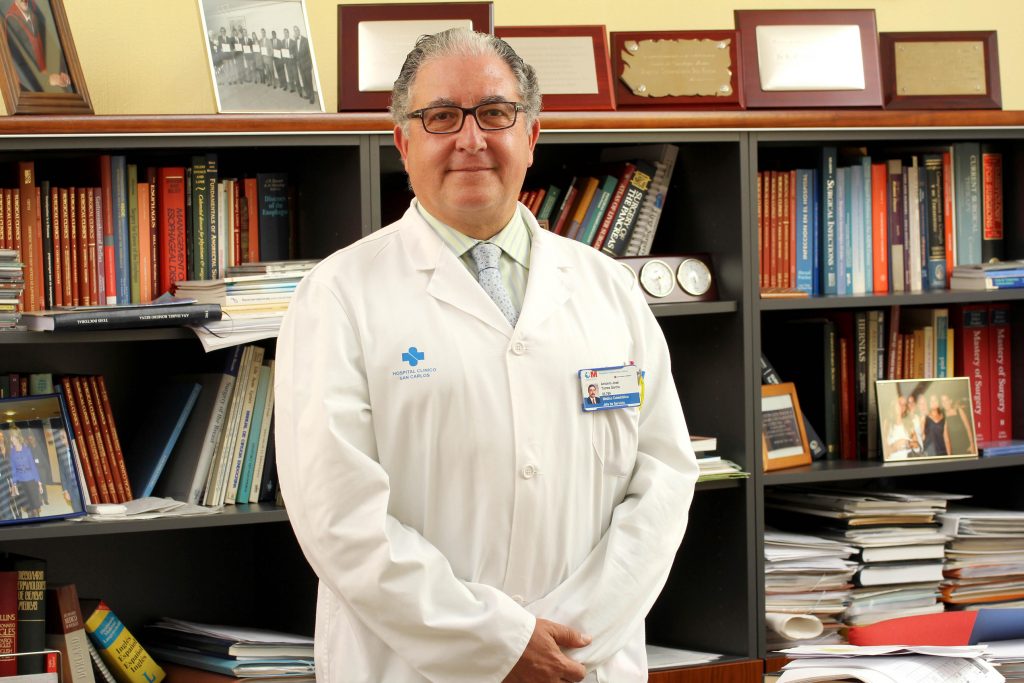 In 1983, he got his Ph Degree at the Complutense University School of Medicine in Madrid

After completing his residencies, Dr. Torres became staff of the General, Digestive and Thoracic Service at the Clínico San Carlos Hospìtal, in Madrid (Spain).

At present time, he is Professor of Surgery at the Complutense University of Madrid, and Chief of the General and Digestive Surgery Service at the Clínico San Carlos Hospital.

He is a member of 28 national and international professional associations including:

Dr. Torres was the President of SECO (2007-2011), and the European Representative at International Federation for Obesity Surgery (IFSO) General Council (2008-2011).