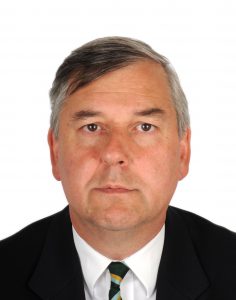 Mr Walsh is a Consultant Colorectal and General Surgeon at the Wirral University Hospitals NHS Trust, United Kingdom. He is a Dublin graduate having received an honours degree from The Royal College of Surgeons in Ireland (RCSI) in 1984. After his house jobs he worked as an Anatomy Demonstrator at the RCSI and completed a postgraduate BSc.
He was a surgical trainee in Dublin following which he went to The Medical College of Virginia as research fellow to Dr Harvey Sugerman where he studied neutrophil kinetics in sepsis with a particular focus on neutrophil adhesion molecules. This work led to many peer reviewed publications and his MCh thesis which was awarded by University College Dublin. After this two year research appointment he came to the UK as a surgical registrar at The Royal London and Colchester Hospitals and later was appointed as a Senior Registrar at Addenbrookes Hospital in Cambridge. From Cambridge he was awarded a Clinical Fellowship in Colorectal Surgery under Professor Victor Fazio at the Cleveland Clinic, Ohio, USA where he worked for one year before returning to Cambridge.
Mr Walsh was appointed to Wirral NHS Trust as a Consultant Surgeon in 1998 where he has worked since. He is an Honorary Lecturer at the University of Liverpool. His particular clinical interests include the surgical management of inflammatory bowel disease, intestinal failure, surgical nutrition and complex abdominal hernia surgery. He was lead clinician on the Trust’s Nutrition Support Team and Chairman of the Trust's nutrition steering group for many years. He is involved in nutritional education and is on the Education and Training committee of the British Association of Parenteral and Enteral Nutrition (BAPEN). He has co-edited a book on surgical techniques and published original articles, national guidance documents and book chapters on surgical nutrition and other areas of colorectal surgery and abdominal wall reconstruction. He has been an invited lecturer at national and international meetings on topics related to abdominal wall reconstruction, nutritional care in surgery, intestinal failure and other areas of colorectal surgery. He is involved nationally in abdominal wall reconstruction training courses and preceptorship.
Mr Walsh is a Past President of The Liverpool & North West Surgical Society. He is President Elect of the Coloproctology section of the Royal Society of Medicine. He is a Member of Council and Executive of the Association of Coloproctology of Great Britain & Ireland.