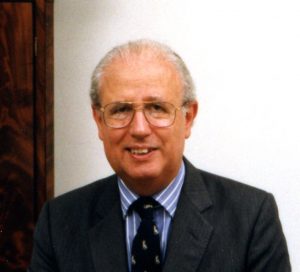 Sir Barry Jackson was the Sarjeant Surgeon to the Queen from 1991 to 2001 and President of The Royal College of Surgeons of England from 1998 to 2001. He was also President of the Royal Society of Medicine (2002-04) and the Association of Surgeons of Great Britain and Ireland. He was an elected member of the General Medical Council and civilian consultant surgeon to the Army. He has been awarded numerous professional honours including a knighthood for services to training and education in surgery. He was a member of the consultant staff of St Thomas’ Hospital, London for thirty years specialising in surgery of the gastrointestinal tract. He is currently a Trustee of several health related charities and is actively involved in the library and museum services of the Royal College of Surgeons. He has a longstanding interest in the history of medicine.