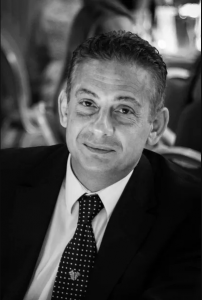 Consultant General , Laparoscopic and Bariatric Surgeon, Mr Efthimiou undertook his basic surgical training in London and pursued his research interests at the Imperial Cancer Research Fund in Hammersmith Hospital where he investigated molecular and cellular changes in pancreatic cancer.
He completed his higher surgical training in The Wessex Deanery and developed a specialist interest in upper gastro-intestinal and laparoscopic surgery. He spent his final year in training at The Royal Marsden Hospital in London in Upper gastrointestinal cancer surgery.
Subsequently he obtained an advanced fellowship in laparoscopic bariatric surgery at McGill University Health Centre in Montreal, Canada under Professor N. Christou. He was appointed as a Consultant in General and Bariatric Surgery at Chelsea and Westminster Hospital in 2009 and he is currently the lead clinician. He set up the Gastric Band Adjustment Clinic at Chelsea and Westminster Hospital in 2009. He organised the first Course in UK in Emergencies in Bariatric Surgery which runs annually since 2009. He is Honorary Clinical Senior Lecturer at Imperial College.
His expertise is in general surgery, minimally invasive upper gastrointestinal surgery (gall stones, surgery for gastro-oesophageal reflux disease, and complex hernia surgery) and bariatric surgery and multimodal treatment of super obesity.
He is a Regular Member of the American Society for Metabolic and Bariatric Surgery (ASMBS). He is also a member of the British Obesity and Metabolic Surgery Society (BOMSS), Association of Upper Gastrointestinal Surgeons (AUGIS) of UK and a member of the Association of Surgeons of Great Britain and Ireland (ASGBI).
He has authored many papers both in general surgery and bariatric surgery and has presented in National and International conferences. He has validated the Obesity Surgery Mortality Score (OSMRS) in Canada. He both lectures and organises courses for other surgeons.
His interests lie in furthering research and educational development in the field of bariatric surgery as well as training surgeons in bariatric surgery.