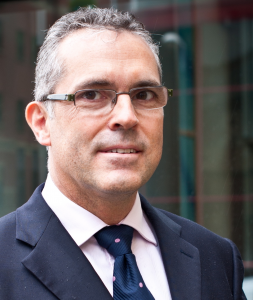 Simon Dexter qualified from the University of Southampton in 1987, and has been a Consultant Upper GI Surgeon at the Leeds Teaching Hospitals Trust, UK since 2000.
Simon is the current President of the Association of Laparoscopic Surgeons of GB & Ireland. He has been involved in laparoscopic surgery since its inception in the UK in 1990 and was the UK’s first laparoscopic surgery research fellow. His advanced surgical training took him through Leeds General Infirmary, the Chinese University of Hong Kong, and the National Cancer Centre Hospital, Tokyo.
He has been performing obesity surgery in Leeds since 1996. After visiting Strasbourg and Boston he applied his laparoscopic experience to weight loss surgery, and performed the first laparoscopic gastric bypass in the UK in July 2000 together with Prof Michael McMahon., with whom he also pioneered sleeve gastrectomy as a single stage procedure. Simon went on to perform the first total laparoscopic duodenal switch in the UK in May 2003.
He is past treasurer of the British Obesity and Metabolic Surgery Society and has a busy practice in primary and revisional bariatric surgery..
His clinical interests are bariatric surgery, upper GI cancer and functional oesophago-gastric disease and he has published over 50 articles and chapters on upper GI cancer and laparoscopic surgery, upper GI physiology and obesity surgery.