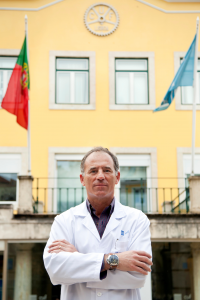 SAMS and Hospital CUF Descobertas, all in Lisbon/Portugal

- Since the early 2000s, with Prof. Jacques Himpens, pioneered some bariatric procedures - Since 2005, joined Prof. Jacques Himpens (Director) in Dendermonde, Belgium; this center, with this two surgeons team, was at that time the busiest surgical obesity center in Europe. - Returned to Portugal in 2007, set up the Center for the Treatment of Obesity in Hospital da Luz (2007) and the Center for the Treatment of Obesity and Metabolic Diseases in Hospital CUF Infante Santo (2016), performing by a minimally invasive approach all the internationally recognized operations for the treatment of obesity and diabetes - Roux-en-Y gastric bypass, sleeve gastrectomy, duodenal switch, Scopinaro operation and ileal interposition - Performed more than 2000 of those operations, including around 1200 laparoscopic and 300

- Invited faculty, as lecturer or moderator, in several national and international symposia and

congresses. - Invited to perform live surgery in several international symposia and congresses. He performed a live robotic gastric bypass during the world International Federation for the Surgery of Obesity and Metabolic Diseases (IFSO) Congress, held in Istanbul in 2013. - Organized and co-directed (with Dr. Nilton Kawahara and Prof. Jacques Himpens) the